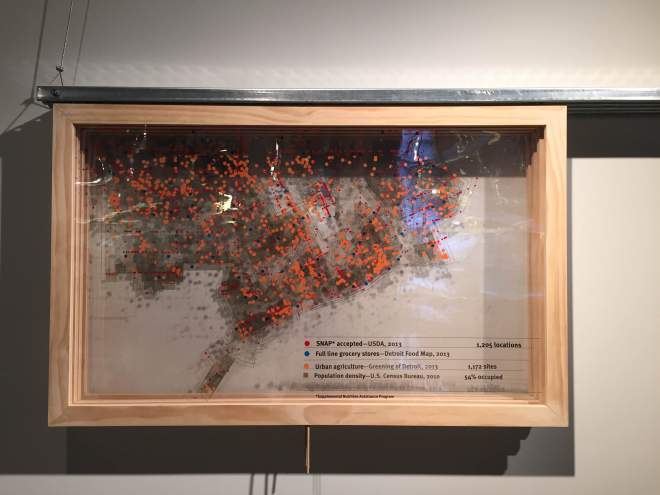 The team at the Chicago Design Museum approached me to contribute some maps and data visualizations to their upcoming “State of Detroit” exhibit. It grew into a collaboration that built off of my research focus on food access in Detroit while also addressing some of the “Detroit is Empty” misconceptions. 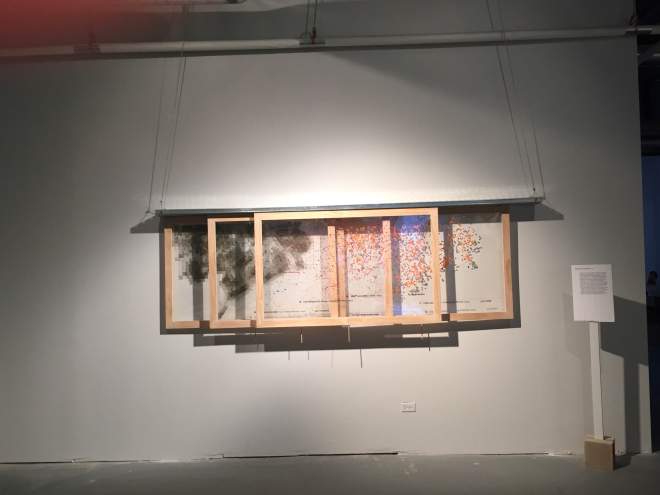 The installation has a cool sliding feature so you can view different map layers together.

Surrounded by the dead and decaying behemoths of industrialization and the monsters of the modernized, civilized, material world, as cars and trucks alike race down the expressway next door, we, the youth, stop to build a cardboard tent city in a once barren parking lot in the middle of the massive, jutting, Chicago jungle. In that empty and barren parking lot of Soldier Field, we filled the void with our hearts, our minds, and our bodies to raise awareness and bring an end to a war. With the warring interests of commercializm, business, capitalizm, and the fast paced, go-go american society, we will break for a brief twenty-four hour period to be displaced. Displace me!

Next week I will be entering my third decade of being, staying alive. Now you may wonder how can that be such a feat in today’s world, but there are so many places where this luxury is not present. On the other side of the world, a place many people relegate to disease, conflict, and poverty, there is a war that has paralleled my time alive on this earth. In that time so many have lost their lives, most of them children, but yet here I am, here I stand – alive and well and trying to understand what they have experienced in all those years when I had no idea.

The civil war in Northern Uganda is entering its twenty-first year. The longest running war in Africa is seeking an end, and soon! Roughly ten years ago the people of Northern Uganda were given 24 hours to pack up and leave their homes to enter Internally Displaced Peoples (IDP) camps. The government thought this would be a solution to the conflict with the rebel Lord’s Resistance Army (LRA). However, all it did was exacerbate the situation and increase the amount of death and suffering caused by the war. Last night, in 15 major cities across the US, people gathered to remind US and world leaders that there are over 1.5 million displaced Ugandans suffering from a nearly invisible war. No one should be invisible, no one’s troubles should go unknown for so long, no war should continue for such a long time. I can only imagine those my age in Uganda who know nothing but war, who know no home except for an IDP camp, who only know a life of suffering. If this war could end from a handful of the american populace displacing themselves, then we will truly know the power of people who care.