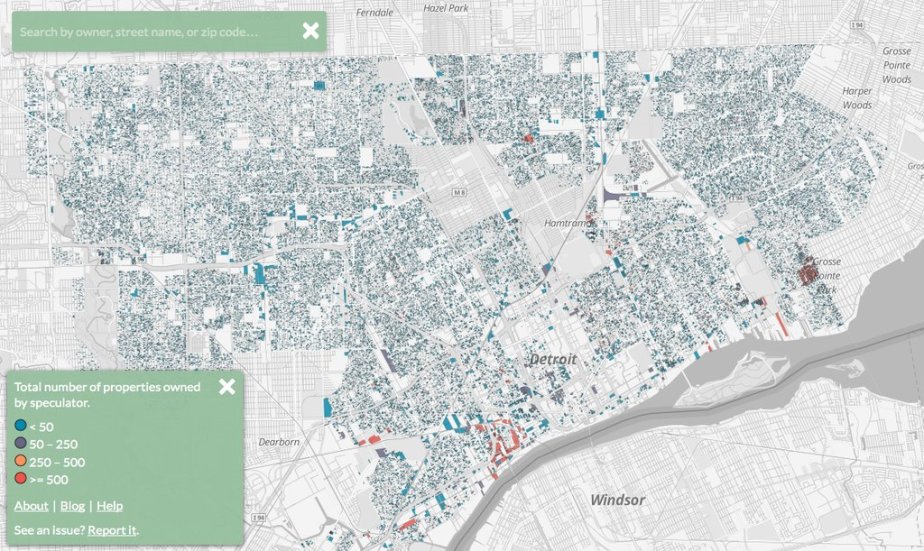 Land in Detroit has been widely covered in the media as the city and it’s residents have grappled with widespread subprime mortgage lending, myriad tax foreclosures, and targeted blight removal.

The primary connection between these major crises and efforts in Detroit is property speculation.

This collaborative mapping project is not the first to examine individuals and corporations that have held large swaths of land in Detroit, but it is the first to examine the true extent of property speculation by digging into the records of shell companies and LLC that…